Students conduct an investigation about plants in the light and dark and about mass changes. The focus of this lesson is to make observations and prepare data to be used as evidence for their explanations in Lessons 4 and 5.

What happens when plants are left in the light and in the dark, and where does a plant’s mass come from?

Note: There are two different pathways to choose from in Lesson 3. Please see the Plants Unit Front Matter and/or the Background Information section below for clarification in making this instructional decision. 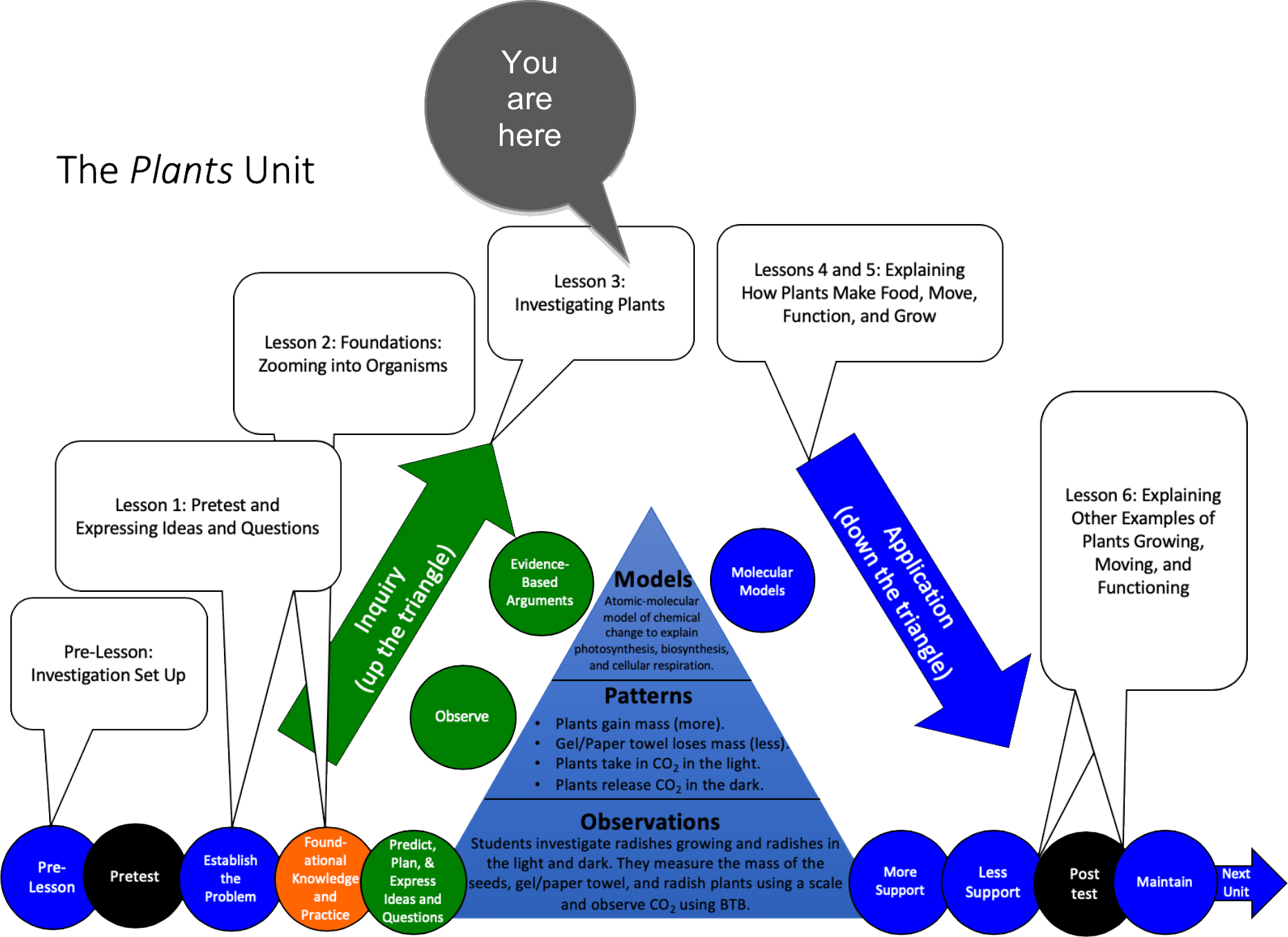 At this stage in the unit, the students will complete the inquiry sequence for Plant Investigations—they will go up the triangle. This means they will go through the Predictions Phase, the Observations Phase, and the Evidence-Based Arguments Phase. The tables below show specific talk and writing goals for these phases of the unit.