Students use molecular models to learn how matter and energy are transformed in plants during photosynthesis and cellular respiration. The focus of this lesson is on developing explanations for how plants make food, move, and function in the light and in the dark.

What happens to atoms, carbon, and energy during photosynthesis and cellular respiration?

Note: There are multiple pathways to choose from in Lessons 4-5. Please see the Plants Unit Front Matter, the Student Challenges and Teacher Choices in the Plants Unit document, and/or the Background Information section below for clarification in making this instructional decision. 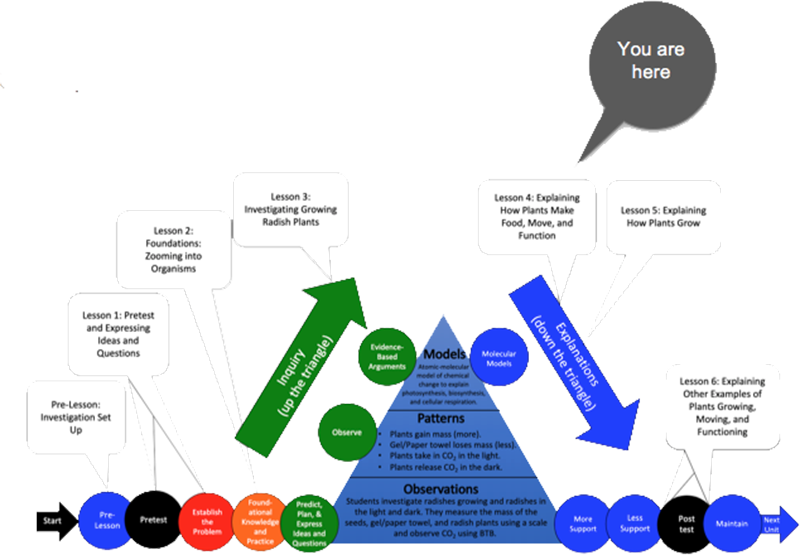