Students are introduced the Four Questions at a large scale to examine the major pools of carbon (with special attention to the fossil fuel pool). Then they look more closely at the Keeling Curve and examine how fossil fuels are formed and how we use them.

What causes and how can we predict changes in CO2 concentrations? 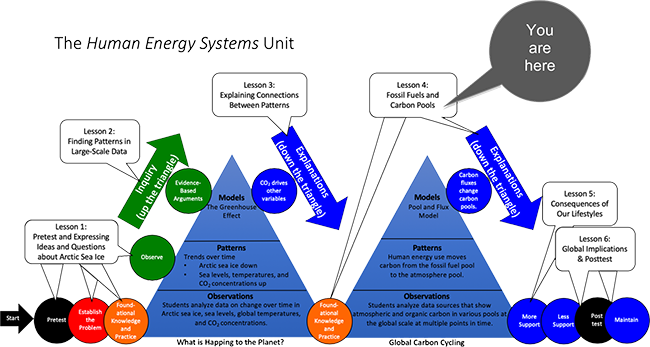