Students investigate changes in mass and CO2 concentration for burning ethanol. Then they explain results using molecular models and chemical equations to answer the Three Questions.

What happens to ethanol when it burns? 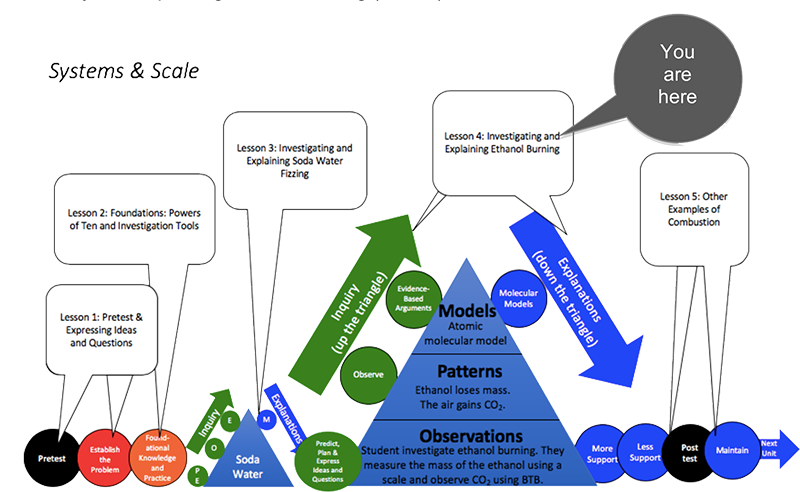 At this stage in the unit, students will complete the inquiry and application sequences for ethanol burning—they go both up and down the triangle. This means that they will go through the Predictions Phase, the Observations Phase, the Evidence-Based Arguments Phase, and the Explanations Phase in one lesson. The tables below show specific talk and writing goals for these phases of the unit.