Students view the Powers of Ten video and discuss how all systems can be described at multiple scales. Then students learn that atoms last forever in physical and chemical changes. Finally, students practice using a digital balance and BTB, key tools in Carbon TIME units.

What do materials look like at smaller and smaller scales?

Note: Activity 2.2 is optional depending on the academic level of your students. See the Systems and Scale Unit Read Me file for more information to consider when making this choice. 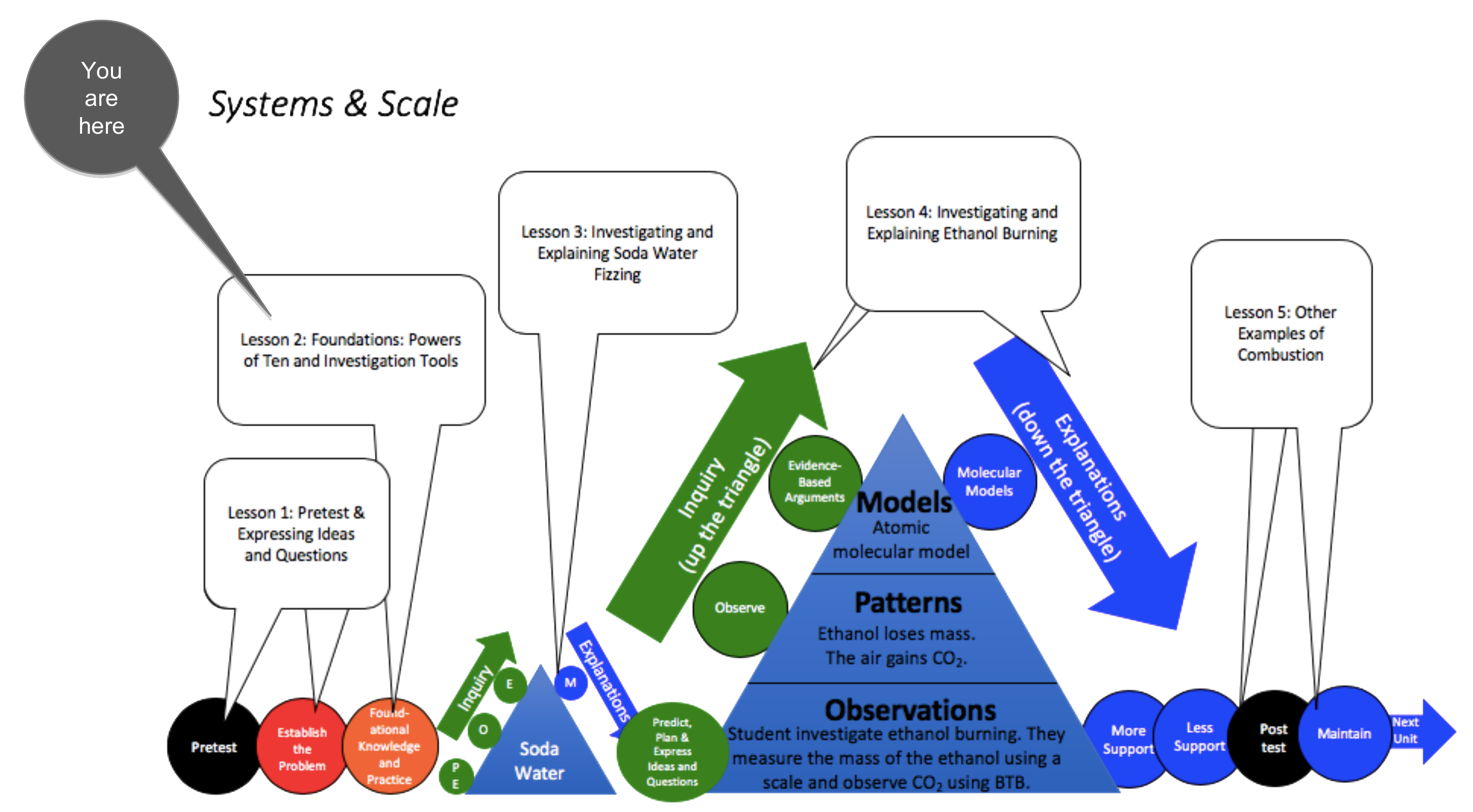 At this stage in the unit, the students will be learning Foundational Knowledge and Practice that is important for the rest of the unit. The table below shows specific talk and writing goals for this phase of the unit.