In Lesson 2, students identified a pattern of the organic matter pyramid in a meadow ecosystem. In Lesson 3, they explain why that pattern exists by tracing matter and energy and connecting scales: (a) matter cycling and energy flow among carbon pools at the ecosystem scale, (b) growth, life functions, and death of organisms at the macroscopic scale, and (c) carbon-transforming processes (photosynthesis, biosynthesis, digestion, cellular respiration) at the atomic-molecular scale.

How do carbon atoms and energy move through an ecosystem? 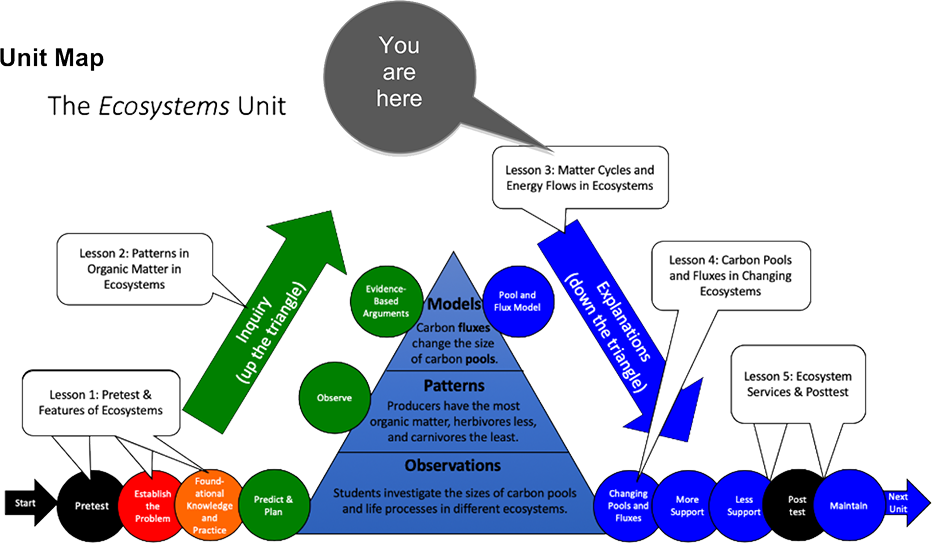