Students conduct an investigation to explore what happens when mealworms eat, move, breathe, and grow. They use two process tools in this lesson to record their ideas: The Predictions and Planning Tool, and the Evidence-Based Arguments Tool.

What happens when mealworms eat? 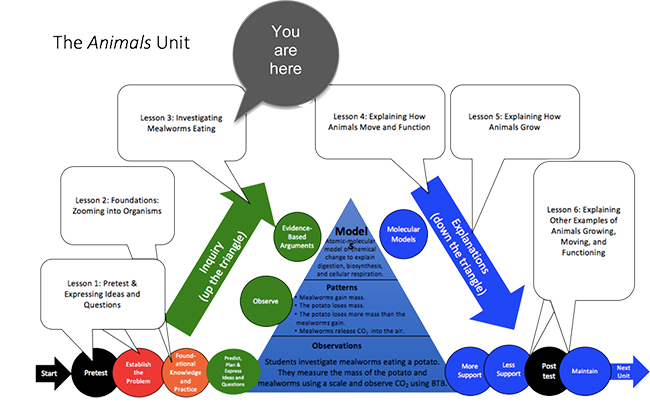 At this stage in the unit, students will complete the inquiry and application sequences for animals growing—they go both up and down the triangle. This means that they will go through the Predictions Phase, the Observations Phase, and the Evidence-Based Arguments Phase in one lesson. The tables below shows specific talk and writing goals for these phases of the unit.